Like most of us, he’s been locked down since the end of March. For someone who has been DJing since he was 11 years old, and playing up to 200 shows a year for the last decade, it was quite the shock to his system. Not only to be home for extended periods of time, but also to be completely alone.

In the months since, he has played a couple of streams from home, just to “feel the mixer under my hands,” he says. But he’s in no rush to play again until it is safe. Italy was the first European country to lock down, and consequently, the first out of it. So initially Capriati thought the government would keep borders closed and the scene would be contained to local guests. He was excited by plans to tour in his car, “‘90s style,” but cancelled everything once borders opened, and clubs were full without distancing measures or mask wearing.

“Of course, clubs got the blame when infections spiked again,” he says. “It’s a sad situation, and I understand some DJs and clubs need money, but Dave Clarke said it right on Facebook — superstar DJs don’t need the money. For me, music is not money, I don’t care about the money. The only way I will play is if flights in and out are controlled, masks were everywhere, and I was feeling like our country was protecting itself. Or I will come back when Covid has gone with a vaccine. I can wait.” 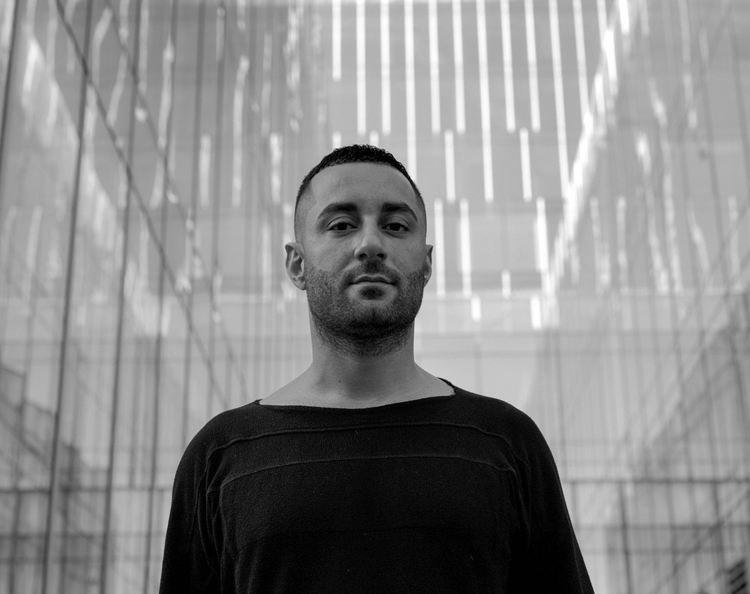 His first few months of isolation were spent in Barcelona, where he was a late riser who only really got inspired and motivated after dinner. “I never experienced such a long time alone, I was going crazy,” he says in a deep, gravely voice that sounds old beyond its 33 years. Although he has lived on Spain’s north eastern coast for a few years, he ordinarily isn’t home often because of his near constant travelling. The newly enforced stay-at-home routine meant Capriati had to adjust. He found himself getting deep into kickboxing, partly for the routine, and partly for the fitness. “I’d put on a little weight,” he jokes, later admitting that now he is back at the family home in Caserta, 20 minutes outside Naples in Italy, his mama’s irresistible cooking hasn’t helped on that front.

Caserta, which sits in the beautiful Campania region of Italy, is known for baroque palaces, formal gardens, stunning piazzas and an 18th century aqueduct. It is where Tony Soprano’s psychiatrist Jennifer Melfi says her family is from, and is close to Mount Vesuvius, whose eruptions over time have formed many islands in the nearby Gulf of Naples. With his new found free time, Joseph has been exploring these islands, where villas, churches and fortresses hug sheer cliffs that drop straight into the sea, where local fishermen have worked the waters there for generations, and sea caves, hidden beaches and green-blue bays provide a buffet of beautiful scenery. Their breathtaking natural beauty is a far cry from the industrial throb of techno, but that too has long been synonymous with the region.

Despite this wealth of distractions, Joseph has spent more time in the studio than he has in years. “This time has been about reconnecting with and rediscovering music,” he beams. “I’ve been finding new techniques, learning about new things, playing with new hardware and actually using less elements, but focusing on their quality. I love what I’m doing now, it’s been really great finding a balance between life and music.”

“Real house music is where I came from. People like Masters At Work I loved, and Louie Vega has been my idol since I saw him DJ in around 1997,” Capriati says. Amazingly, 20 years later, it was in part Louie Vega who inspired him to start the new album. “He said he thought it could be a message for the scene right now, to fuse together house and techno like it used to be. The new generation don’t even know about true house music. Techno has become so popular, maybe even too global, people don’t know the history.”

Capriati was 11 when he bought his first belt drive Gemini deck, with 500 euros his uncle gave him after a summer spent labouring on building sites. He used his grandmother’s hi-fi turntable (which didn’t have a pitch adjust) as another deck, and the 2-channel Gemini mixer he used was borrowed from an older friend and had no EQ. He still has the whole lot in storage somewhere, and still vividly remembers using it anywhere and everywhere he could in his teenage years. Sometimes it was a local birthday party where he had to play all the pop hits, or a bunch of Latino American sounds, but sometimes, just sometimes, the crowd would let him play what he wanted, so he’d play tunes like Eddie Amador’s classic, “House Music.”

“The club owners really took advantage of me,” he laughs. “They’d only pay me 10 euro or something and I didn’t always love what I had to do but I played every day. I really learnt how to read dance floors and play marathon sets. It’s where I made my bones.”

Then, in around 2003, friends took him to the legendary Old River Park in Caserta to see Rino Cerrone playing 12 hours of techno. “The music changed my life,” he says, the tone of his voice changing to one of awe. “I really fell in love. His mixing was legendary, there were just two walls of speakers in the middle of nature, no VIP, no lights. Wow, it was magic. Even when it started raining, people kept dancing.”

After that, young Joseph, who is a proud Neoplitain but, amazingly, doesn’t drink coffee, started buying techno. He borrowed Reason from a friend and spent the next year locked away, teaching himself how to produce on his brother’s computer. Even when friends came calling, he refused to leave home. Eventually, the discipline paid off, when he was connected with a local label manager who spotted potential. After offering feedback and encouragement for the budding producer’s early productions, he eventually released Capriati’s first record, “Microbiotik” in 2007. From there, he hooked up with Cerrone — the Headmaster of the Napoli school of techno, if you will — and continued to play ever bigger gigs around Campania. A few years ago, he played a 12 hour set to 15,000 adoring locals right by the seafront. “I come from these streets, I am the DJ of the people,” he says, quite rightly.

But it might not have been this way but for a still unexplained twist of fate 15 years ago. As he finished school, his mum wanted young Joseph to get a job. He’d released his first record, but nothing really came of it. So, imagining music would always be his hobby, Capriati decided he’d become a police officer like his father. But first he had to do a year of military service, which involved a series of physical checks and plenty of paperwork. He sent it all off and waited for the call up to come. In the meantime, unbeknownst to him, DJs like Sven Väth suddenly started playing his record in Ibiza. He was “too poor” to be there himself, but friends kept reporting back. Then he started getting more and more DJ requests off the back of it.

“I cried,” says Joseph. ” I really didn’t want to go and join the army, I wanted to be a DJ.” Eventually the letter came, but rather than calling him up, it said some paperwork was missing so he would have to apply again a year later. By that time, he was a full time touring DJ who never looked back. “I know 100 percent we sent the exact documents they needed, so DJing really must have been a destiny for me.” 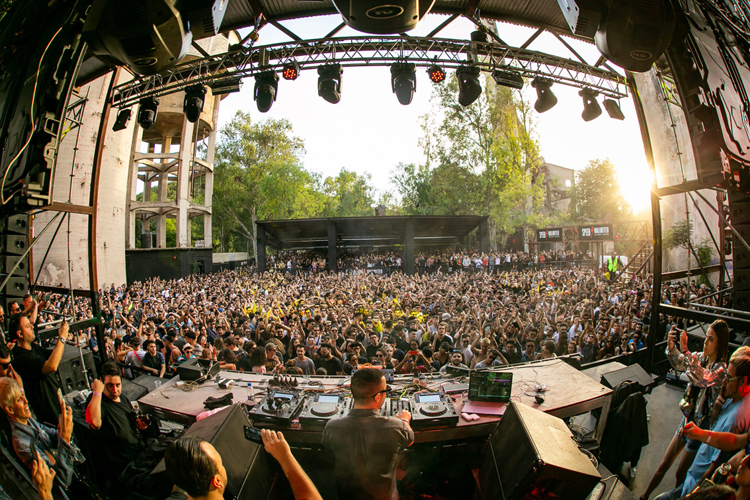 Capriati — who in his early years spent time working as a decorator, delivery driver, bar man, labourer and even washing cars — talks incredibly passionately for someone who has been so deeply immersed in dance music for as long as he has. While detractors mockingly refer to him as the CEO of Business Techno, this abstracted version of Capriati dehumanises the artist behind the memes. “Ah, the Internet can say anything they want,” he says, unperturbed by the accusation. “They don’t know what is inside us. Business techno is about hype, playing too much, playing the same stuff, without time to recharge and focus properly on selection and evolving your sound.”

Capriati is in fact a sensitive soul, and hugely dedicated to his craft. The perception is that when artists get to a certain level they simply turn up, play, and leave with their bags of cash. Not him.

“It is never just a gig,” he says firmly. “It’s always something special for the people who are there. When I first started going out, I barely had the money so I had to collect it slowly through work, from parents or grandparents. When I did go out, it was everything to me, and I will never forget that.” To prove the point, he explains an occasion a few years ago when he missed a connecting flight to Manchester that meant he wasn’t going to make his all night set at The Warehouse Project. Instead of writing it off, he hired a private jet that cost basically the same as his DJ fee and made it just in time. “In 15 years of touring, I’ve only ever cancelled five gigs, because I was really ill.”

He also says he ended a long term relationship with a girlfriend because he felt it was detracting from music. “Music is my mission. It is my energy. I’m not a dreamer who thinks he can change the world, but I can change my small world. If through music we can get teenagers off the streets, make them passionate about something, then that’s a miracle.”

He admits that he regularly cries to music, or is overcome with goosebumps at certain songs, and that the deep emotion of the chords of house music is what won him over in the first place. Nowadays he also listens to lots of jazz artists like Dinah Washington, Ella Fitzgerald and Louis Armstrong. Just yesterday, he was in the car listening to Armand Van Helden’s gorgeous “Flowerz” and was overcome with tingles after the breakdown. Capriati’s endless Italian passion also spills over into other things, such as cooking. Rather than knocking up a quick dish, though, he likes to clear a whole afternoon to put plenty of love and care into, say, a ragù. “It is a real ceremony. If you can make a classic ragù, you are a good Neapolitan,” he says.

Although the new album is a little slower and more pensive than his DJ sets, Joseph says the thought of “slowing down” in the club is a bit strong. “When I can play again I will maybe play 20 days straight because I have so much energy and so much music to get out there, but after that we will see.”

More than 20 years in, then, and Joseph Capriati still has all the enthusiasm of his 11 year old self.