Bülent Gürler is a master of the big tune. Never far from the top of a chart, his tracks have the knack of regularly bringing home the acclaim of a wide audience with effective rhythms and devastating hooks. From Black Madonna to Sven Väth, the German producer counts some of the world’s biggest players among his fans and has surfed the dance music hype machine for a decade.

What’s new with you?
Butch: My daughter was born this year so I took it relatively easy. I loved playing my Down The Rabbit Hole residency at Watergate and I had some amazing gigs at DC 10, Robert Johnson, loads of gigs in England this year, as well as Asia, North America, Australia. It’s been fun. Also, I’ve been working on new releases, like the upcoming EP with Ricardo, the second official ButRic release.

Where do you get your music from?
I don’t check promos anymore, but digging is always part of the fun. I haven’t got a fixed amount of time that I dig every week. Some weeks I can’t stop checking out music, at other times I can’t be bothered and need different input.

Tell us about your record collection?
I got my first records at the age of 12, mainly breakbeats and drumloops and shit. My collection is a lot smaller than it used to be, I’ve somehow become a little more detached from the medium itself versus the music it contains.

Do any of these records tell a story about you?
The breakbeat collections were really my introduction into DJing, I have a background in turntablism, competing at the DMC Championships on a nationwide level for some nerds banging their heads to specific scratches and beat juggles. Weird how I never need this stuff now to make hot women dance!

Tell us about the scene you came up in?
I grew up in Mainz, which is near Frankfurt. My older brother was totally immersed in the Techno scene here and was always going to Omen and Dorian Grey. He had me record Techno tapes from the radio while he went out clubbing and that’s how I got to know the music. It wasn’t until much later, when I was actually old enough to hear the music at its intended volume, that it had a profound impact on me.

How do you balance your DJ lifestyle with the studio? Do you spend as much time digging as producing?
Generally I spend a proper work day in the studio, from morning to night. With a family, I have to trim some hours of the edges, but on the whole I intend to clock my time in the studio every day. It’s not really a challenge, because it’s simply what I need to do, it’s my work and the people in my life understand that. 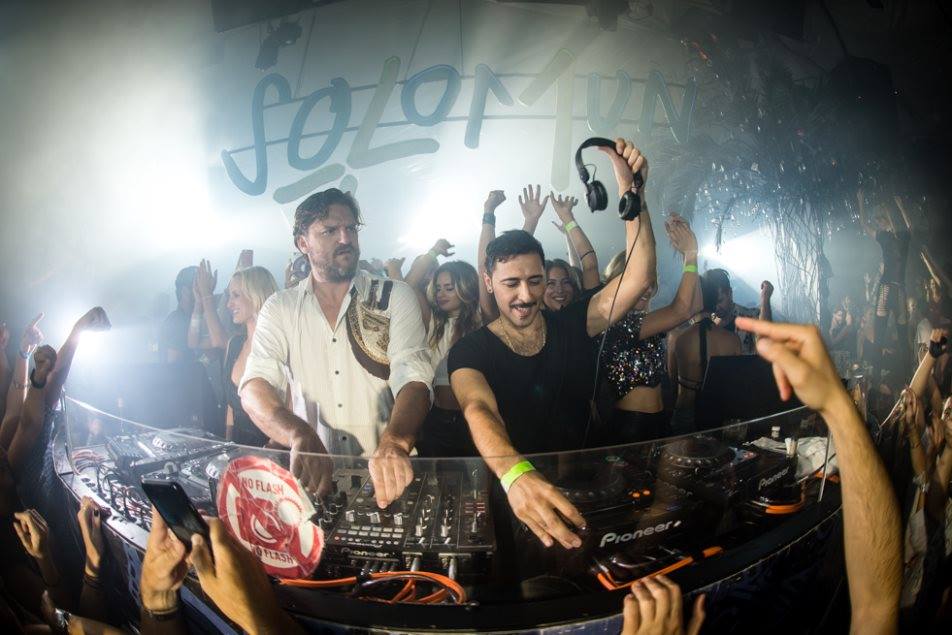 You’ve made your name primarily from producing big tracks. Years ago, the path for a track becoming big seemed a simple route from A to B. Now the dance music industry seems very fractured: vinyl versus digital, Juno/Decks versus Beatport, set amongst a wide variety of media all with widely different tastes. Is it becoming harder to have a big track?
Hmm, good question! I actually don’t think there ever was a simple path from A to B for so called Big Tracks. Big Tracks simply have staying power and seem to be found on every dance floor you step on. I think those tracks still pop up every now and then, don’t you?

A lot of DJs lack individuality whereas you have a very distinct sound, look and personality. How important is it to be authentic?
Well, what would be the point of giving my whole life to this, if I didn’t want to do something that is real to me? That would be a fucking waste of my time. Keeping it real is the name of the game, Wu-Tang rules again!

Carl Cox has confirmed the One Night Stand parties at Amnesia, Pacha and DC-10