Home Blog Steve Angello has confirmed via Twitter that he will not play Ultra...

Steve Angello has confirmed via Twitter that he will not play Ultra Music Festival later this month, closing the book on Swedish House Mafia reunion rumors once and for all.

In response to a fan tweet asking if Angello would play the festival this year, the Swedish producer replied: “I do so many ultras. It’s nice with a break once in a while. I’ll be there next year!” 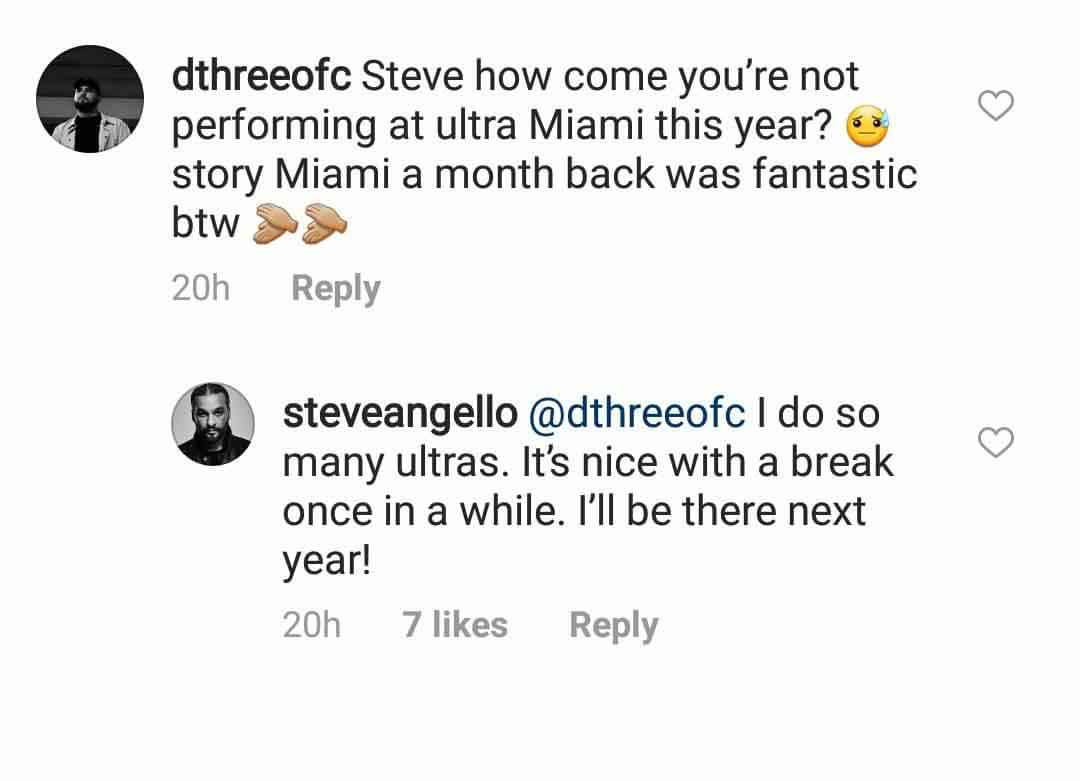 Rumors have been rife that Swedish House Mafia would reunite at the 20th anniversary of the Miami-based festival, with the event set to run from 23rd to 25th March.

A recent social media update on the SHM Facebook page sent the internet into meltdown last week, before manager Amy Thomson quashed hopes of a reunion claiming she was simply “cleaning their socials” by uploading new photos to the group’s fan page.

Regardless of Swedish House Mafia’s suspected billing at the festival, Ultra’s 20th anniversary show is looking suitably epic with Adam Beyer, Afrojack and Oliver Heldens all recently added to the line-up.

Ultra’s sister event RESISTANCE will also make its festival debut later this year with a new party due to run 25th to 27th May in Mexico City.

David Guetta to premiere ‘Road to Jack Back’ movie in Miami

Impact of COVID-19, on festivals, clubs, promoters and the electronic music...