SHARE
Facebook
Twitter
Drumcode partner with Terminal V in the All-Nighter series next year
Terminal V gives us many reasons to be cheerful as they unveil the huge news that techno kings Drumcode are heading to Edinburgh for a huge All-Nighter takeover on Saturday August 14th 2021. Label head Adam Beyer plus Anna, Bart Skils, Ben Klock, Alan Fitzpatrick, Joel Mull and Layton Giordani will all play this sure to be an electric party after such a long break from action due to the pandmeic.
This brand new All Nighter series, which runs in addition to the bi-annuall festival, is about offering up a complete picture of leading underground artists and their influential labels. They offer a chance to hear world class DJs go deep into their own specific sounds, on their own terms. Of course, this huge session will go down at Terminal V’s regular home of The Royal Highland Centre in the iconic The Area V arena, which the world famous promotion converts with its next level production. The whole space becomes a sensory overload with light, visual and sound all adding to the always electric atmosphere. 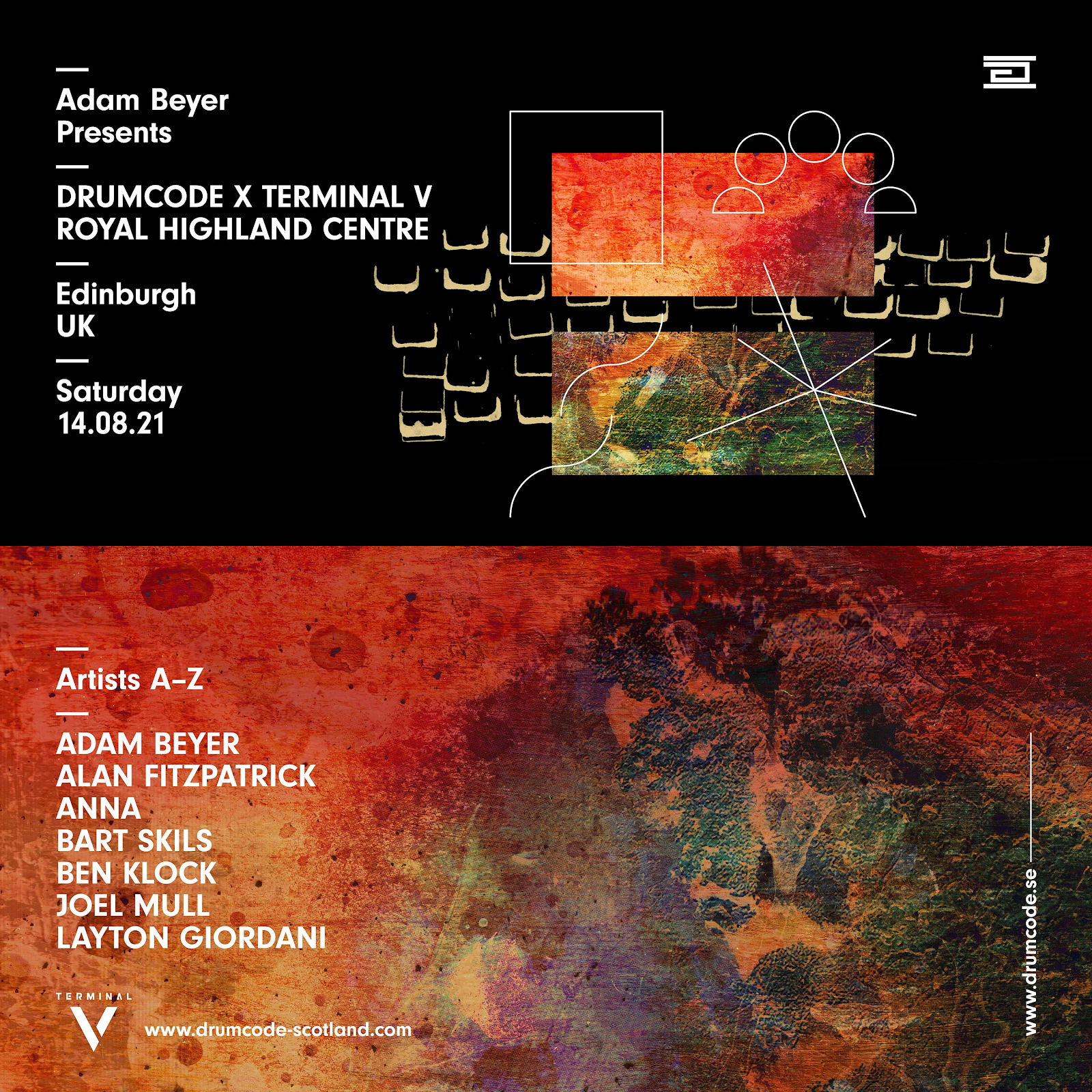 Label head Adam Beyer leads techno from the front and has done for decades with his rolling, perfectly programmed and drum heavy sound. He has recently released his first solo production in 5 years – ‘No Defeat No Retreat’ was created during the Drumcode founder’s productive lockdown period and shows he is still in fine form having shaped the genre for years.
He will be joined by Berghain’s techno pin up and Klockworks label boss Ben Klock, a real powerhouse who has been driving the scene forward for years, as well as Brazilian Anna who has a distinctly funk laced style that is designed to pump large-scale parties. Dutch maestro and techno veteran Bart Skills also lines-up with his ever edgy sound, as does swedish Joel Mull, plus Alan Fitzaptrick and Layton Giordani.
Facebook Comments
- Advertisement -

Chih Wei Duan aka Kairy was born on March 09 1981 in the city of Taichung – Taiwan . His interest in music started at the young age of 17 from pop song to rap[...]
View Calendar
Add