Playing Circoloco isn’t your average gig for a DJ. The energy of each room is different and intense in their own ways. The pressure is on to deliver in a shorter than usual hour and a half set time. And you’re going to head to head with some of the best in the game. There are few DJs better at it than Boris Werner. The half Dutch, half German, Amsterdam based resident has been playing the club since 2010. Renowned in his home town for playing marathon sets and being resident at some of the town’s best spots over the years such as the now defunct Studio 80 or Trouw, he’s earned a reputation as an expert selector.

You’ve become a part of the furniture at DC10 over the years, what have you learned as a DJ from playing the club?
Stick to what you do best. It doesn’t matter who plays before or after you, you just have to do your own thing. In the past I would sometimes play after a techno set and was afraid to loose the energy in the room. So instead of breaking it down and creating my own vibe, I would take over with the same amount of energy. That didn’t work out and I soon realized it’s better to take a step back and give it some time to create your own little bubble on the dance floor.

Playing DC10 is a unique job for a DJ, what goes through your mind when packing your bag before the show. Are you looking for certain types of tracks?
Yeah of course, I always have a certain idea about what I will play that day and just want to make sure I have the right amount of bombas! 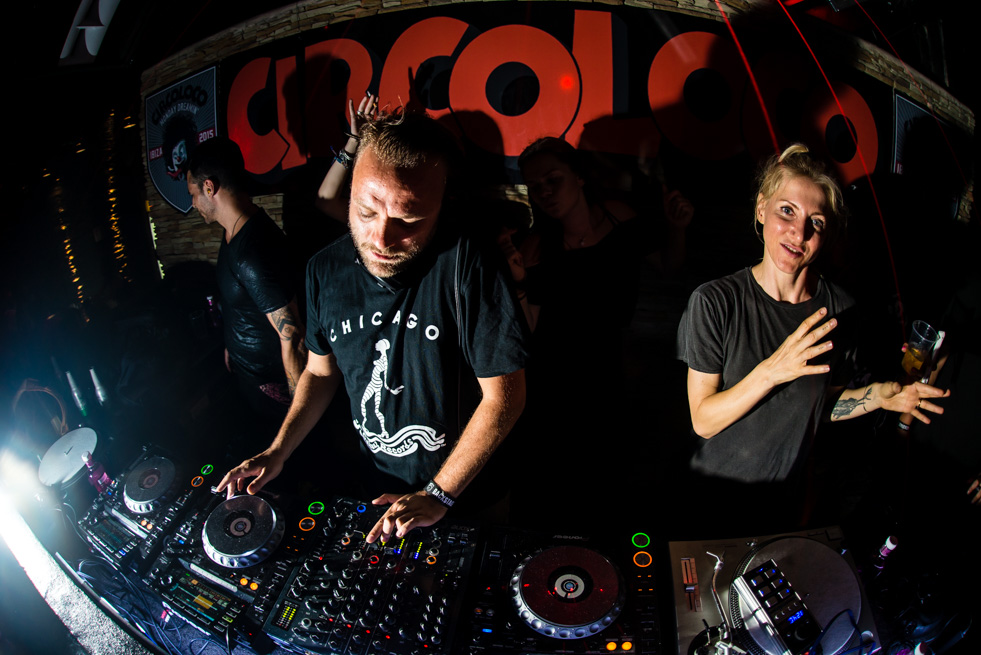 How do the different rooms challenge you as a DJ?
I play the Garden on Monday so I will probably give it a more festival vibe approach. It’s quite different for me if I play the Terrace, the Garden or Main Room. When I think of the Terrace, I think of more loopy based house with a high energy level, while in the Main Room you have some more space to experiment. The Garden in my opinion is perfect for the more housey approach but I’ve heard other DJ’s doing different things [there] that worked pretty well also.

There has always been a Dutch crew of DJs representing at DC10, does the Dutch contingent add something different to the musical mix?
It’s nice to see such a long list of Dutch artists play Circoloco over the years and it makes me very happy to see that all the guys who play there now are also good friends of mine. If I see San Proper or William Djoko playing, they vibrate so much energy into the crowd and seeing them doing that in DC10 is just amazing to watch. They fit perfectly into the energy of the Island and add some flavour into the musical mix of Circoloco.
What happened the first time you went to DC10?
I always told myself that I wouldn’t go to Ibiza unless I had a gig there. In 2010 Elliot James Shaw was my booker in Italy and introduced me to the DC10 family
and it was an instantly ‘win win’ situation. In retrospect, it was one hell of a first gig in Ibiza.
Everyone has a favourite spot on the dancefloors at DC10, where’s yours?
That will be at the Terrace, on the left side about ten meters from the booth.
Facebook Comments
- Advertisement -

Game Over return to DC-10 this summer, Carl Cox to headline

Some tracks from Circoloco’s closing party at DC-10

Andrea Roberto was born in Siderno, a city on the Jonic coast of Calabria. From a very young age he started to listen to everything, privileging mostly rock and Brazilian rhythms. In November 2012 he[...]
View Calendar
Add